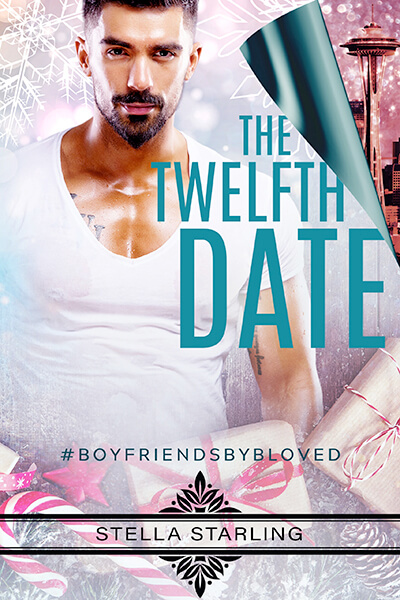 Part of the #boyfriendsbybloved series:

Nicky Masters is a hot mess and he knows it. After all, every boyfriend he’s ever had has told him so, and—since they usually follow it up with some version of, “too much work, not worth the effort”—avoiding boyfriends altogether sounds just about perfect. The only problem? The part about Nicky secretly yearning for things like true love and a happily ever after... something that scoring a job at bLoved, the gay dating app that promises to help find exactly that, seems perfectly suited for.

So far, even with his in at bLoved, Nicky still hasn’t managed to find what he’s looking for, but what he has found is almost better: Felix Ramirez, the hot AF new hire with the sexy smile who—for some reason Nicky still can’t figure out—actually said yes when Nicky volunteered as tribute to be Felix’s new friend (with benefits!).

Perfect, right? Just as long as Nicky doesn’t go and do something stupid, like fall for him...

If there’s one thing Felix “the Ram” Ramirez knows, it’s how to be thankful for what he’s got. Pushing for more is a bad idea—something he learned the hard way when doing exactly that caused him a career-ending injury that cut his Major League Baseball career short. Ever since then, he’s decided it’s best to just roll with whatever life hands him, and when it hands him Nicky Masters, life starts to look pretty damn good again.

Well… except for the part about Nicky not being interested in anything more than a friends-with-benefits arrangement. Still, if that’s all that’s on the table, Felix will take it, because the last thing he wants to do is scare Nicky away by pushing for more. At least, until Christmas rolls around and—thanks to bLoved’s Twelve Dates of Christmas promotion—Felix realizes that with a little holiday magic, he just might have a chance at getting everything he wants this year…

The Twelfth Date is a gay romance novel of approximately 79,000 words that contains a boner from New Orleans, an alien viral plague** which brings out Someone’s Inner Drama Queen (spoiler: S.I.D.Q. wasn’t actually doing that good a job of hiding), an overworked Bedazzler, approximately 5,367,542 air miles, lots of prayers to the God of C*ck, parentheticals (soooooo many parentheticals… see previous spoiler re: Someone’s Inner Drama Queen), and the kind of love that makes it feel like Christmas all year long.

Every Stella Starling romance takes place in the same interconnected, contemporary world. The Twelfth Date is a standalone book with cameos from other Stella Starling stories and it (mostly) takes place during the Christmas season of the same year as another #boyfriendsbybLoved book, The Boyfriend Game.

**Please note that no actual aliens were harmed in the writing of this book. While they may exist Somewhere Out There, aliens do not, in fact, exist in the universe of Stella Starling. The Twelfth Date is a contemporary romance set in the real-ish world. If you’re looking for something with little green men—or with less hyperbole and exaggeration—then this may not be the book for you.

(Psst! Reading with Text-to-Speech? Please be sure to check the formatting note before the prologue!)