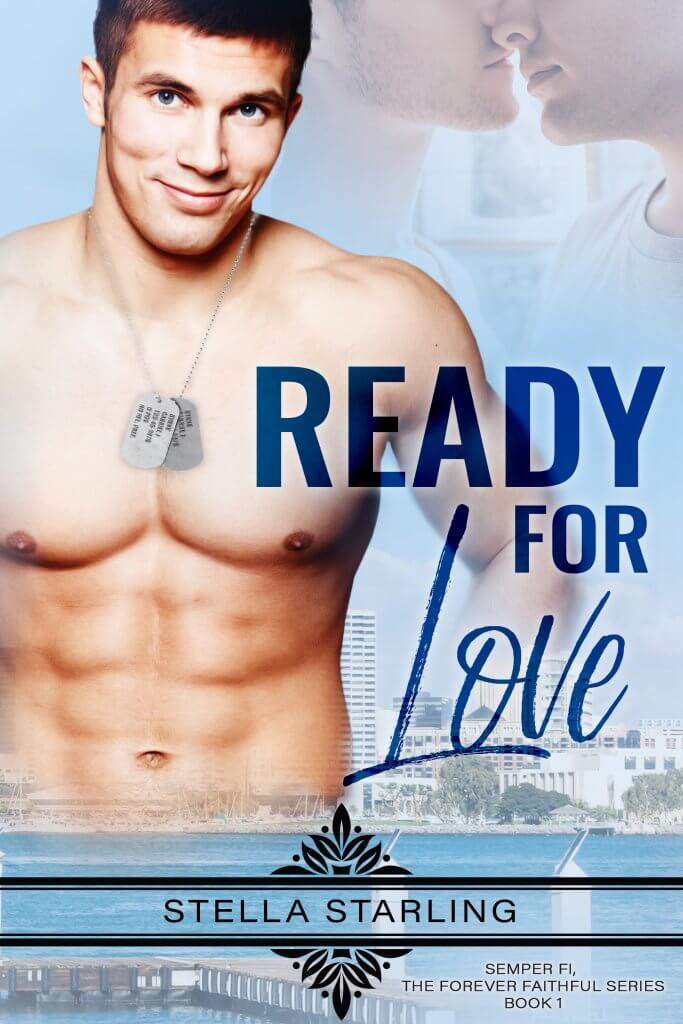 Part of the The Forever Faithful series:

Jake Hansen has been crushing on Gabe Byrne for half his life, but since Gabe is a straight, self-proclaimed commitment-phobe who moved away years ago to join the Marines, that crush is strictly a fantasy-best-enjoyed-in-private. And even when Gabe starts to flirt with him like crazy, Jake still knows better than to think it means anything.

Because falling in love with your straight bestie? Not just a cliche, but a guaranteed recipe for disaster.

Growing up, Gabe never saw “Little Jakey” as anything more than the kid who always liked to tag along after him and his brothers, but somehow, being friends with Jake has become the best part of his day. And after a seven-month deployment? Seeing Jake is the one thing he’s looking forward to the most.

He just didn’t expect that hanging out in person again would be so confusing… or keep blurring the lines about how straight he is… or keep making him want things that he never thought he would.

Ready For Love is a gay romance novel of approximately 79,000 words that contains a hot Marine who spends a good portion of the book in denial, a perky flight attendant who keeps saying yes, zoo animals in compromising positions, a variety of home decor issues, and a sweet and very public happily-ever-after ending worthy of true romantics. Every Stella Starling romance can be read as a standalone and takes place in the same interconnected, contemporary world. Ready For Love is the first book in the Semper Fi series, which is a spin off from At Last, The Beloved Series.