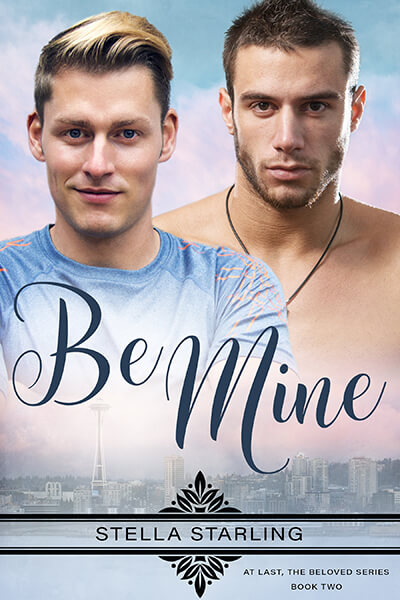 “My job is to protect you, not like you.”

After years of being bounced around the foster care system and an unwanted medical discharge from the Army, Jase Walker has finally found a place for himself as a bodyguard with Byrne Security. His loyalty to his job goes beyond professional dedication; the Byrnes treat him like family—the one thing he’s always wanted—and he’s not going to risk messing that up just because his newest client gets under his skin.

Kelly Davis, founder of the popular gay dating app bLoved, is a hopeless romantic, but for Kelly, nothing is more hopeless than finding someone to love. His outgoing, hot-tempered personality and high-profile life help him hide his loneliness, but when a series of personal threats force him out of the public eye, the only thing he has to distract himself with is the maddeningly stoic bodyguard who drives him crazy.

When Kelly’s impulsive nature puts him at risk, the two men are forced into a situation that will either bring out the worst in each of them, or help them find the one thing they need the most… each other.

Be Mine is a gay romance novel of approximately 81,000 words that features a tough guy who likes chick flicks, creepy death threats sewn into pillows, and a cocky-mouthed man convinced that he’ll never find love. It has a Happily Ever After ending, no pesky cliffhangers, and can be read as a standalone… but if you enjoy Kelly and Jase’s story, be sure to keep an eye out for the other two books in the series! Enjoy!